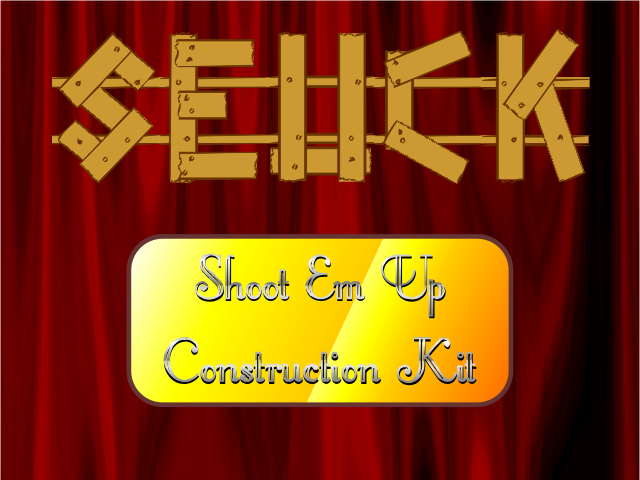 
This is a remake of the C64 version of SEUCK. I tried to keep as close to the original as possible, but improved things where modern hardware allowed it. At least, that was my intention.
If you get the feeling I did a bad job, please tell me so.

I mainly improved the GUI, which is much easier to use with a mouse than with a joystick back then. OK, the Amiga version had that, too, but then there was a very hard limit on visible sprites. That's gone, too. You can produce the enemy occurrence you're used from games like "War-Twat (http://bagfullofwrong.co.uk/bagfullofwords/about/war-twat/)" easily on modern hardware.
Did I mention this baby has pixel perfect collisions for everything? Try that in any other BASIC, pretty please.
You can spawn attack waves at different scrolling positions, thus entering one wave, make ten enemies fly the same route.
The levels can scroll sideways, too. They start at the bottom and move upwards, but when you make them wider than the screen, the players can move sideways, causing the screen to scroll.
The image and animation editors got copy/paste support and some other useful features. You can import images, which will be adopted to your colour palette automatically.
The saved game files are astonishingly small, too. (At least for this century).

Please give some feedback is something is wrong, or when you created something with SEUCK. You can use the contact formular, or the SEUCK forum:
Feedback
Show Off